It is easy to sometimes get lost in the world of real estate terminology.  That’s why I blog regularly to explain different terms that you should understand when buying or selling a home.

This week is focused on the term “convey.”

This is an easy one.  But, if you don’t know it, then it’s not so obvious at all.  Have you ever looked at a home and saw a phrase like, “washer and dryer does not convey” or “swing set in back yard conveys?”

You can probably deduce that this means that the item does or does not come with the home when a sale is completed.  “Conveyance” is the legal term for transferring a piece of property from one owner to the next.   No so complicated, right?

But, be careful!  What you’ll want to pay attention to as either a seller or a buyer is which things “automatically” convey and which have to be expressly stated.

The colloquialism often used by real estate agents if you could pick up a house and shake it, anything that could fall out doesn’t automatically convey.  That is to say, if it’s bolted down or connected, it would be considered a fixture rather than personal property and would convey.  Of course, this is an oversimplification, but it’s a fine place to start, because the process of removal actually does come into play on whether or not a given item conveys.

For example, what about that expensive bracket you used to install your television above the fireplace.  If you’re selling and it’s important to you, you should remove it and patch any holes that were created during installation, because if it’s there when the home is on the market, it might be safe to consider it a fixture, since removing it would cause damage to the home.  That’s not the only test of whether or not something remains, but it is an important point in the process.

How about your great grandmother’s chandelier that you installed over your dining room table?  Again, if it’s important to you, you’d be better off taking it down before listing the home, because after that it’s a point of contention.

The term “convey” often comes up when discussing appliances.  The majority of appliances like washers, dryers, and refrigerators do not automatically convey.  So, they are frequent points of negotiation or stipulations in contracts.  However, built-in microwaves and dishwashers typically *do* convey.

What about that picture of Aunt Mable in your hallway?  It’s just hanging there on a hook with wire.  That’s personal property and doesn’t convey.   But, did you know that bathroom mirrors, even if they are hung on a hook with wire exactly as Mable’s picture in the hallway, are considered fixtures and do not automatically convey?  Tricky!

The takeaway for all of this is to not make any assumptions.  Whether you are buying or selling, have a good conversation with your agent about what’s important to you.

If you have any questions, just get in touch with me.  I’m always happy to help. 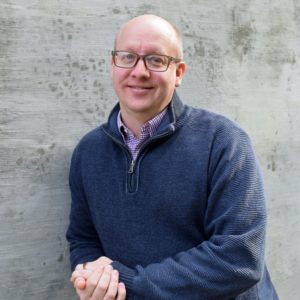 Send a note to Anne or Gary